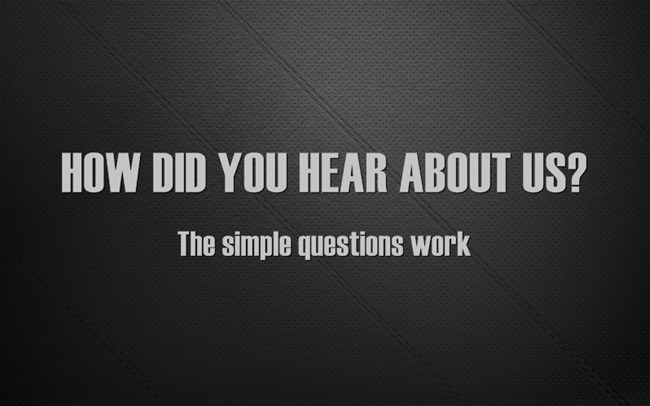 Do you check how many of your customers come via Social Media’s Offline Referrals? 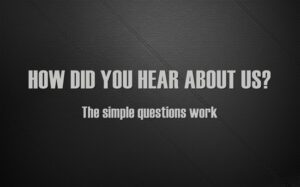 When we deliver Social Media Training we continually reiterate how Social Media needs to be linked to your offline activity.

So often businesses see Social Media Marketing as something separate from the rest of their businesses marketing activity and by doing this they only attribute orders to Social Media where there’s a tangible link I.e a tweet saying I want to buy or a direct Linkedin message requesting services

Tracking where your customers come from isn’t rocket science and it boils down to one simple question – How did you hear about us?

That question is so so important as not all customers will offer the information without being prompted and the customer in front of you might not actually be an active Social Media user, but a word of mouth referral from one of your twitter followers, Facebook fans or linkedin business connections 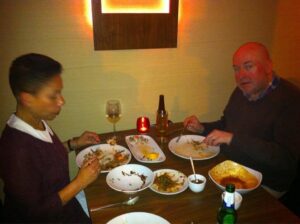 Example 1: The Cross Generation Divide
Last weekend it was my birthday weekend so I went out for a meal with my parents. The restaurant I chose was Sahara in Hale (on twitter @sahara_hale ). It was chosen because I had a meeting 2 weeks before with @hshbusiness and the restaurant was mentioned. I booked the meal over twitter in minutes, but what’s interesting is how non tweeters like my parents had never heard of the restaurant previously and yet they know a huge amount of people locally, who as a result will now investigate this new restaurant.

With a system in place, the business would know where their future customers had come from and that is just one example of how the online can influence the offline market and how the word of mouth reaches further than just twitter followers. 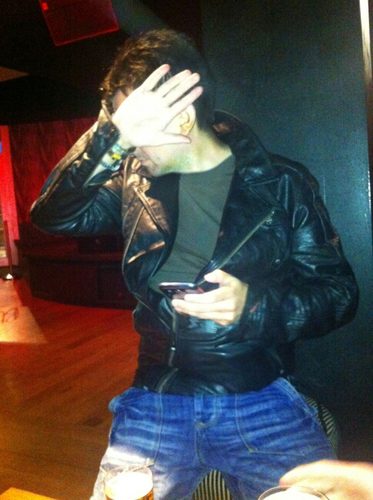 Mark – huge offline influence but doesn’t shout about it

Example 2: The Huge Offline Network Of Contacts
Another case in example from this same Birthday weekend.

Many of those that follow our updates on twitter @altrinchamhq will have seen my many interactions with my friend @markwinstanley as well as his sister @altrinchamgirl.

While businesses and residents do follow us for advice and questions on all things, on the face of it Mark has less than 10% of the followers that we have and therefore by many isn’t seen as influential on twitter as perhaps we are. What twitter doesn’t tell you is that Mark works in a business where he regularly interacts face 2 face and shares local news and events from twitter to 150 non twitter users, he is a member of Social Club that regularly has 30-40 people in every time he attends the club his cousin who happens to know virtually every single person in Hale. And in a similar generation gap to mine with my parents above, Mark filters the news through from twitter to his Aunty and uncle – it is unbelievable what a local news gap there is between twitter users and non twitter users!

Marks scale of influence offline is actually huge and yet again without a very simple system in place to track where customers are coming from, a lot of businesses wouldn’t know how their customers have arrived in front of them. The restaurant we went to on Monday @RedHotWldBuffet already has a customer off the back of a meal this monday thanks to that offline influence

So 6 simple words to remember to ask

How Did You Hear About Us?