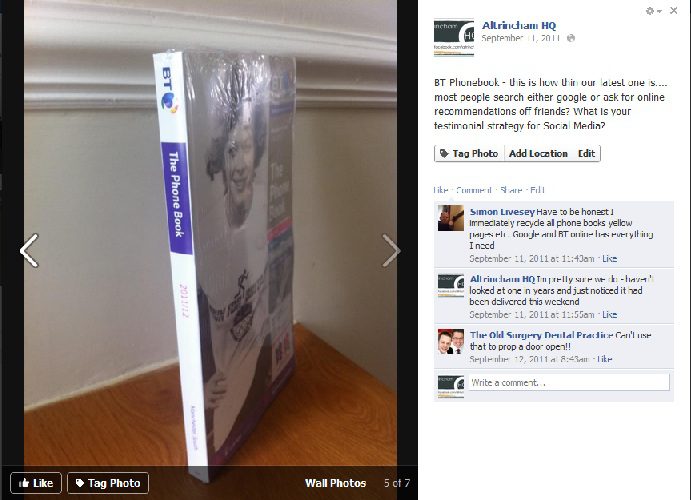 Just as they took the twitter influence for the Facebook ticker, this time they’ve looked to the Google+ photo format and taken it wholesale

But from a business perspective – While some resistors of change are naturally dismissing the change, we feel it’s a step in the right direction with a real prominence given to the photo caption and the comments – it adds a real background context to the photo as if you were flicking through a personal photo album

With Pinterest growing its user base rapidly we can all see the value of great photos – so imagine how useful this new layout will be to restaurants, wedding organisers and venues
Lessons to learn
* Make sure your photos are captioned
* Let the story grow via an engaged Facebook fan base
* Encouraging sharing of photos especially where visuals are key

Let us know how you plan to put photos at the centre of your Social Media Marketing strategy?
What has worked for you in the past visually or do letters and numbers speak volumes in your business?