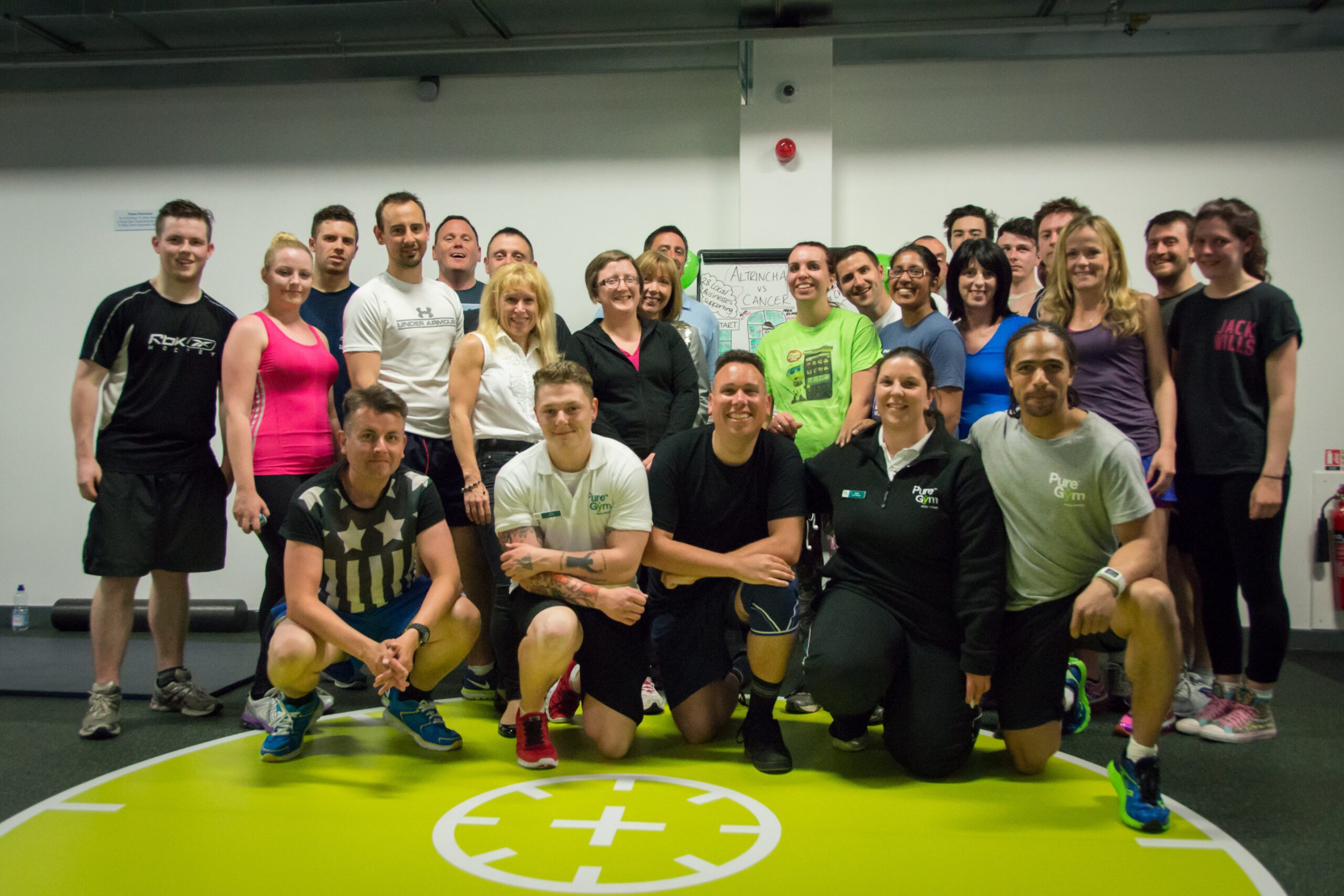 ALTRINCHAM VS CANCER RAISES OVER £2000 FOR THE CHRISTIE!!!

Altrincham Vs Cancer, organised by Pure Gym Altrincham and Altrincham HQ, raised over £2000 for the Christie last night

Donations are still coming in on the JustGiving page after the event and the current total raised for The Christie including Gift Aid so far is £2000.75

The idea behind Altrincham Vs Cancer, thought up by Alex from Social Media company Altrincham HQ, was to bring 28 Businesses and community groups from Altrincham together on the treadmills at Pure Gym to run 140km, each taking in a 5km leg.

The length of the run was inspired by twitter. Users of the micro-blogging site write tweets of up to 140 characters. 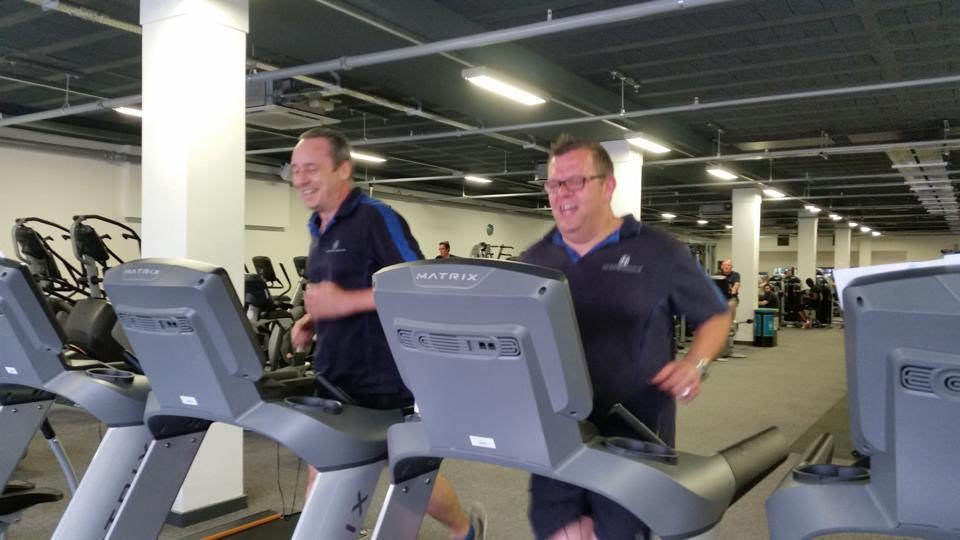 More used to running businesses than running machines, there was still a hugely competitive streak amongst fellow businesses with the quickest 5K ran by Scott Willis, of local building firm Macplan North West, getting his personal best of 20 mins 51 seconds. 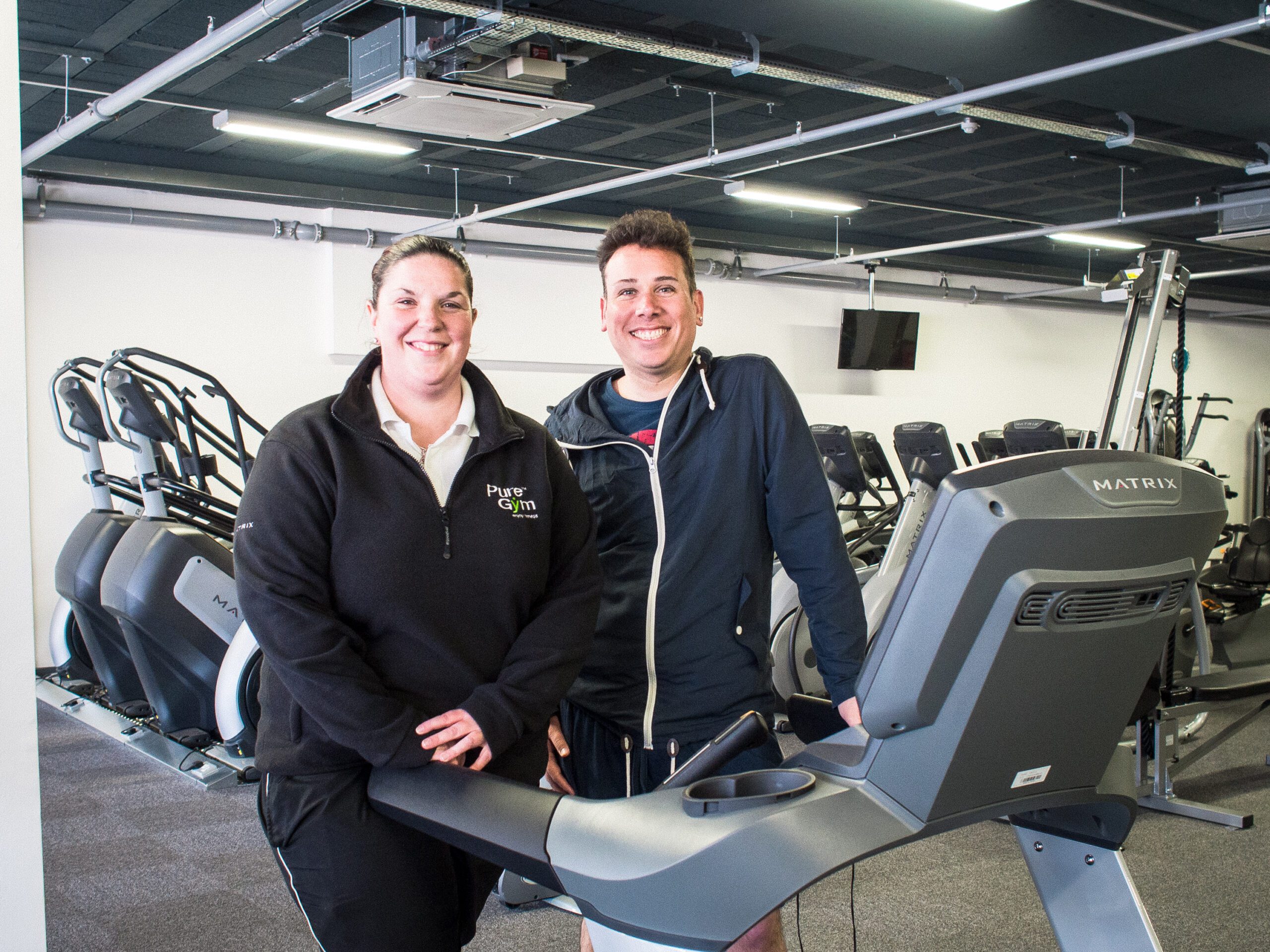 Sarah Hagan, manager of Pure Gym Altrincham was amazed at the buzz around their 1st community event in Altrincham

“As a new business coming into the community, it is great to see how strong the community is and how local businesses can come together to raise such a phenomenal amount of money for such a great cause. It is amazing for us to have the support of the local businesses in the area and this is the first of many fundraising events I am sure. A massive thank you to Alex at Altrincham HQ for making this happen and to everyone who took part and donated – Thank you all – Well done runners!!!”

Alex McCann of Altrincham HQ was overwhelmed by it all

“Altrincham Vs Cancer went better than we ever imagined. We raised so much money for The Christie, we brought together community groups and businesses together for the cause and we welcomed Pure Gym to that Altrincham spirit. The people of Altrincham have a generosity, a spirit and desire to get things done. After the success of this event we’re already thinking of our 2nd Altrincham Vs Cancer event which will be taking place in October at Pure Gym. This is something that can grow and grow and what better charity than The Christie to raise money for”

Donations are still being taken on http://www.justgiving.com/altrinchamvscancer