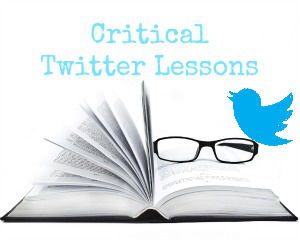 When you sit down and think about it, the whole scenario is crazy – literally “6000 people care about what I say”

When you work for yourself you don’t have 5-6 people sat next to you in an office, so anything over 10 people following myself was a bonus TBH – I literally cared about every single follower from the moment I joined the platform

PATIENCE IS A VIRTUE
Social media takes time to grow and these 6000 followers took a long time build, but I feel better for that

People who sign up now have a ready built community of followers tweeting and joining in the conversations, but in those early days whilst it wasn’t quite a ghost-town, it was a lot quieter than it is now

When I see businesses join twitter nowadays they often feel that following 1000 local accounts in a few days is the right approach to take, but by doing that you’re missing out on so much

Despite that I still spend a huge amount of my time on Social Media listening to what others say about their own businesses, about Social Media Marketing and about my local town

That is before I have tweeted anything about my own business

The key is to Listen 1st and Speak Later with Twitter

GIVE A LOT EVEN THOUGH PEOPLE WILL KEEP TAKING WITHOUT GIVING ANYTHING BACK
Since I launched the Altrincham HQ website I have blogged between 80-100,000 words of free advice on Social Media for small businesses

I speak at networking groups

I AM NOT A RETWEET BOT
I used to Retweet a lot more than I do now – but I made the decision at the back end of 2013 to Retweet less. On average my retweets have dropped from around 20 a day to around 8 a day

The decisions was 3 fold

Social Media has matured massively over the past few years and if the only value you add to people is you’re a serial Retweet Bot then sorry I don’t think you’re adding that much value!

Since I stopped retweeting as much and engaging one to one I do feel my whole twitter experience is much better and that when I do retweet others it makes so much more impact!

True Story – I nearly deliberately misspelt a tweet about the Six Nations Rugby as Sex Nation Rugby for a client as I knew it would get a bigger response than the original tweet …. sadly I whimped out against it!

THAT IS OUR TRUTH – TELL US YOURS – WHAT HAVE YOU LEARNT FROM YOUR TIME ON SOCIAL MEDIA?