How many of you have seen twitter’s new activity tab?

As it say’s at the top of the page you get Favorites, follows, retweets, and more by people you follow

The two most interesting features of the activity tab are seeing

* Who the twitter accounts you’re following have started following themselves

* Which lists have been created by people you’re following

* In our quest to feed back into the community we tweeted about @roastreview – a new Sunday Roast Review twitter account which now has over 50% of it followers from Altrincham. The benefit to our local town is that they’re now planning a visit to review some of our local restaurants and pubs Sunday Roasts

So what are the benefits for you in business?

Imagine if you were a restaurant for example and suddenly you found that a large amount of your customers were now following a new restaurant in the vicinity. Could this mean they’re offering something to tempt them away?

Here’s an example of the how activity feed looks… 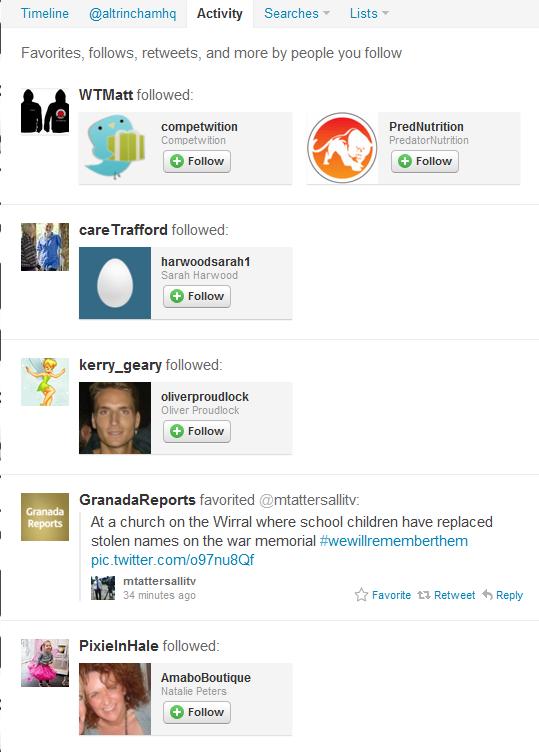 Are any patterns showing?
Tell us how useful you found it in the comments section below?
Can you learn more about social media or twitter training?