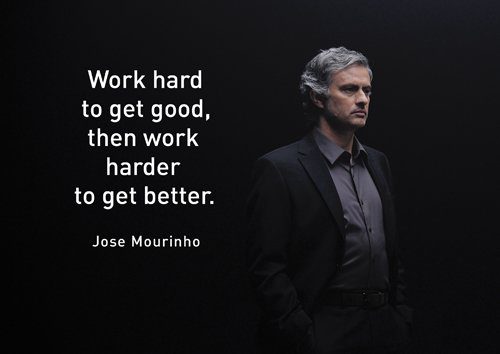 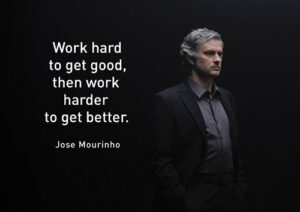 The confidence levels are up amongst the fans and there’s hope again. The fans that don’t have season tickets might actually start enjoying the pubs again rather than heads in hands at home. And there isn’t one fan that would trade backMourinho for Moyes or Van Gaal 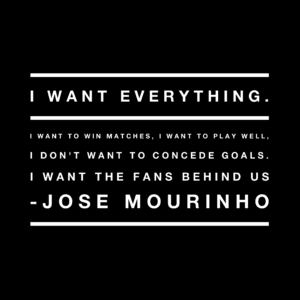 CONFIDENCE IS OK – IT OK TO WANT TO WIN
“I want everything. I want to win matches, I want to play well, I don’t want to concede goals. I want the fans to be behind us” Jose Mourinho

Your parents, your family, your friends are often the source of our greatest crisises of confidence

I recently chatted to a group of parentpreneurs in the area and it was almost universally agreed that family members had doubted them so many times, even when they’d achieved massive success in business 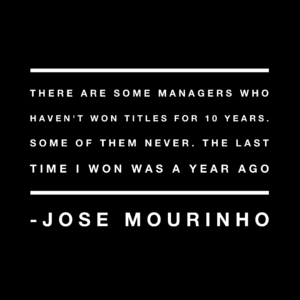 TALK ABOUT SUCCESS
“There are some managers who haven’t won titles for 10 years. Some of them never. The last time I won was a year ago” Jose Mourinho

People don’t like to boast, but as Muhammed Ali said “It’s not boasting, if you can back it up”

If you don’t talk about success, the same people will say you never achieve anything.

Which would you want to known for? 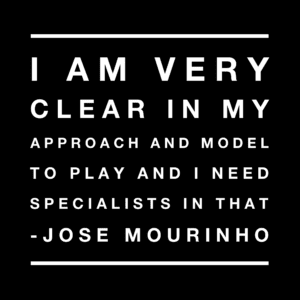 Specialists by generalists every time is something I live by

That’s how you make the perfect model 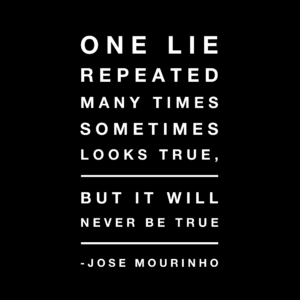 REMEMBER THE TRUTH IS THE TRUTH
“One lie repeated many times sometimes looks true, but it will never be true” Jose Mourinho

The quote above was in response to the claims from critics who have said that he does not give young players a chance. He responded that he’s actually brought through 49 youth players

In business when you achieve a degree of success you will face criticism from people who don’t know you, people who want to be you but won’t put in the hard word and more often than not competitors

The truth is the truth and that is only narrative people will believe in the long term, so keep on the path of truth and ignore the critics by talking in facts rather than riddles 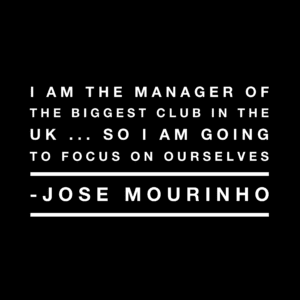 And it will serve you well