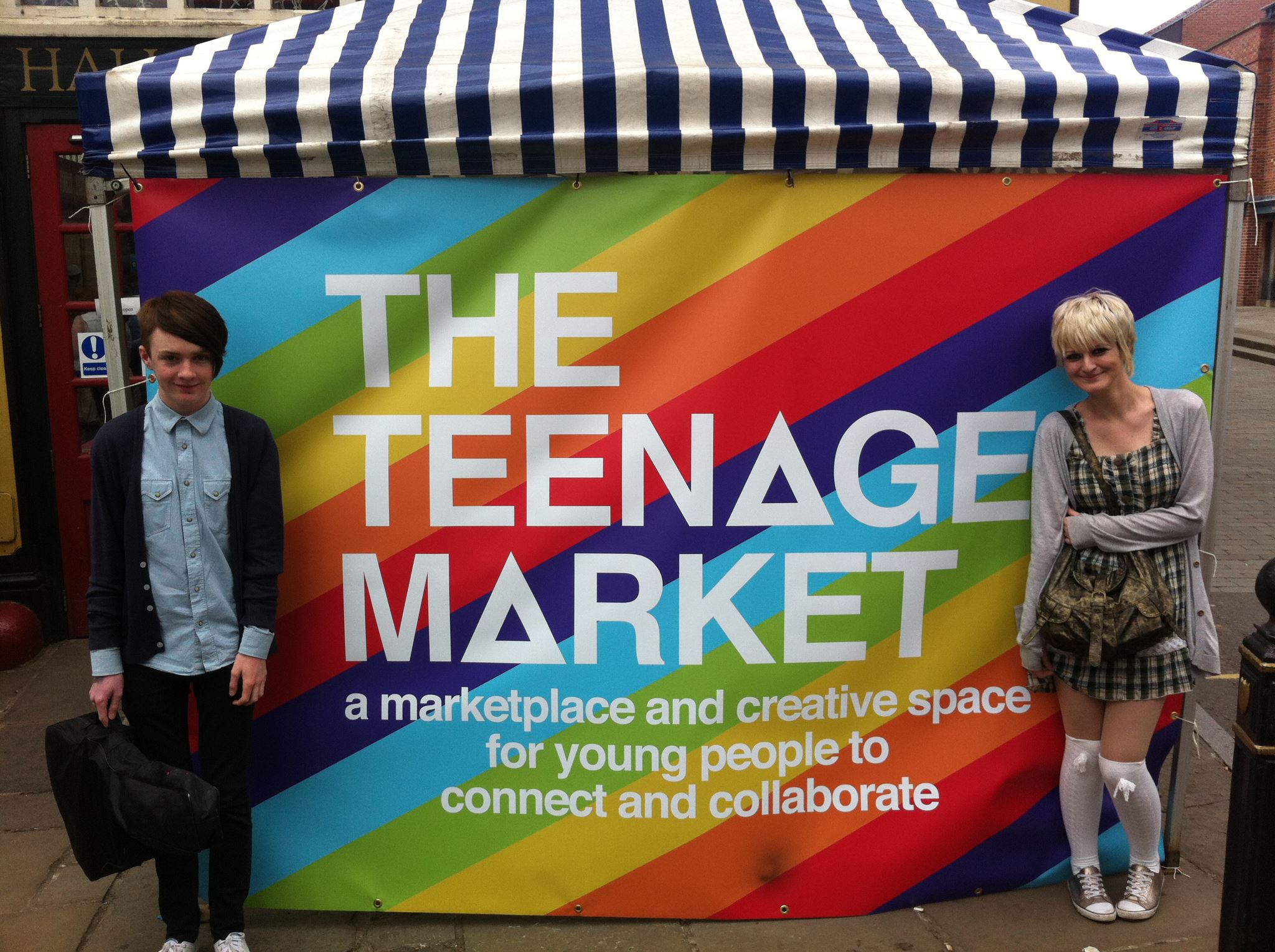 The Teenage Market – Why We Need One In Altrincham

Organised by 17yr old art & design student Tom Barratt the market was everything you’d want from a market – vibrant, original and selling the sort of unique goods that Tesco’s can’t or won’t compete with

As I walked round a bustling market looking at brand new t-shirt brands, art prints through to jewellery and cupcakes it brought to mind the Northern Quarter and the idea that our satellite towns can be just as vibrant

Popping over to an arts tent I watched singer songwriters Kat Mullen and Mathew Petit perform, later in the day was to be the debut screening of a new film featuring Clint Boon and Bez.

And as somebody who used to run All Ages Music Events in Sale that used to attract 3-400 teenagers each month it’s a shame to see that the next generation of teenagers have nothing of their own. Many of the 14yr olds that attended our gigs years ago are now studying music at University and with events like The Teenage Market the next generation of designers, artists and businesses could be encouraged to become the next Portas, Hemmingway or Bailey