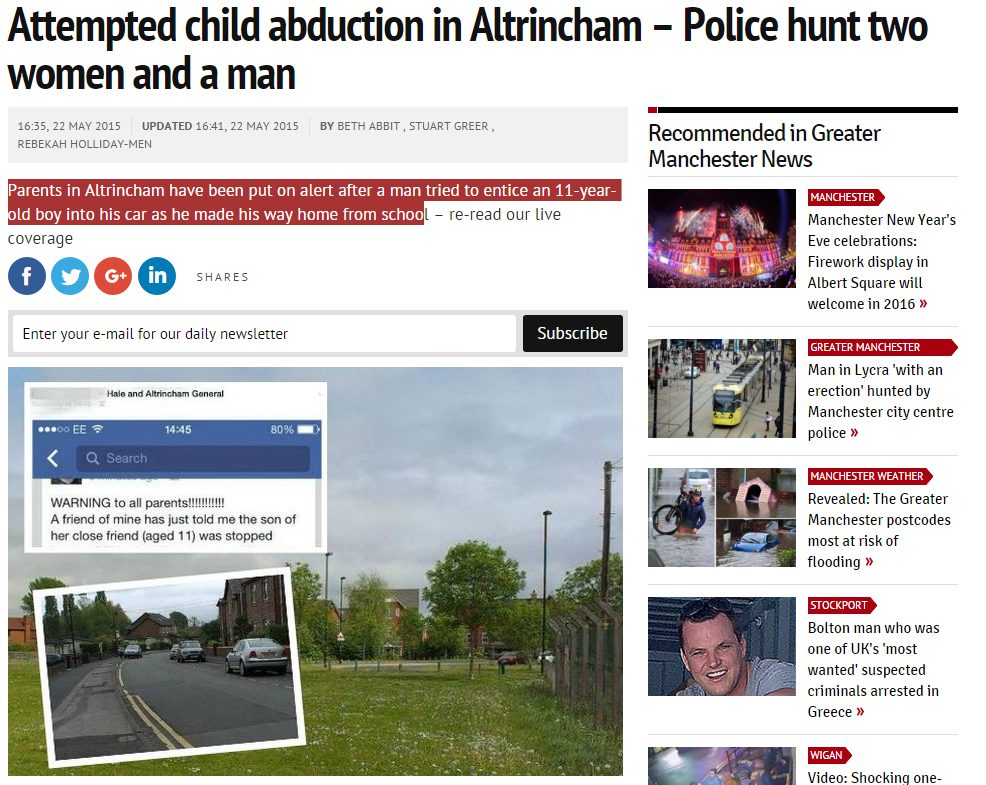 The Biggest Altrincham Stories of 2015

ALTRINCHAM STORIES – WHAT WE FOUND?
We’ve been telling businesses to be more human and 4 out of the 5 Top Shared Stories are very human

Tapping into parent fears, nostalgia, voyeuristic celebrity bust ups and the top story was an emotional tale of human triumph when facing adversity

Whilst many businesses have struggled with organic reach on Facebook, it’s position to share news is unparalleled

The Number 1 news story has been shared 10.5k times vs just 43 times on Twitter – it’s a trend that continues in the rest of the Top 5

Whilst the Manchester Evening News dominated the Top 5 list, for the 1st time a new news publication leapt into the Top 5 Shared Sources and took the Top Shared Story of The Year – well done Altrincham Today 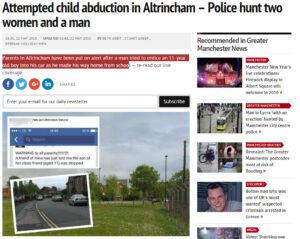 5. Attempted child abduction in Altrincham
3.9k Total Shares – 145 Twitter Shares – 3.7k Facebook Shares
Parents in Altrincham had been put on alert after a man tried to entice an 11-year-old boy into his car as he made his way home from school

The MEN Live blogged from the scene 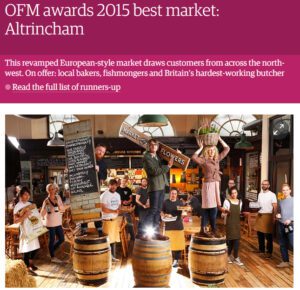 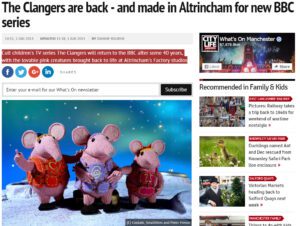 3. The Clangers are back – and made in Altrincham for new BBC series
4.5k Total Shares – 88 Twitter Shares – 4.4k Facebook Shares

Cult children’s TV series The Clangers will return to the BBC after some 40 years, with the lovable pink creatures brought back to life at Altrincham’s Factory studios 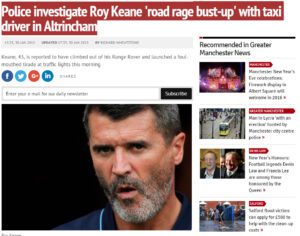 A 23-year-old cerebral palsy sufferer landed a job at Asda’s Altrincham store – after 950 unsuccessful applications in the past five years.

What a wonderful story