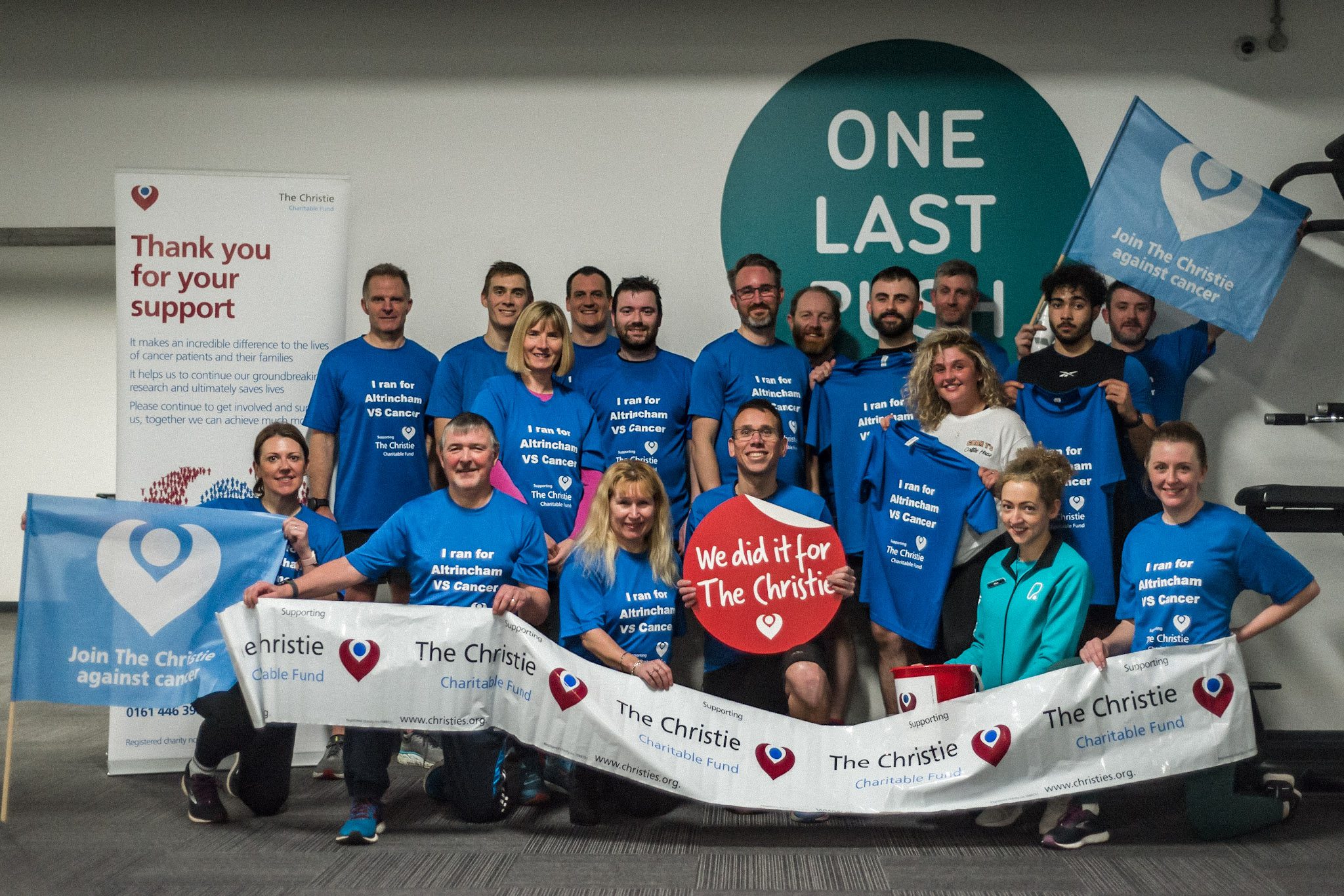 NEWS: Altrincham VS Cancer raises over £6500 for The Christie 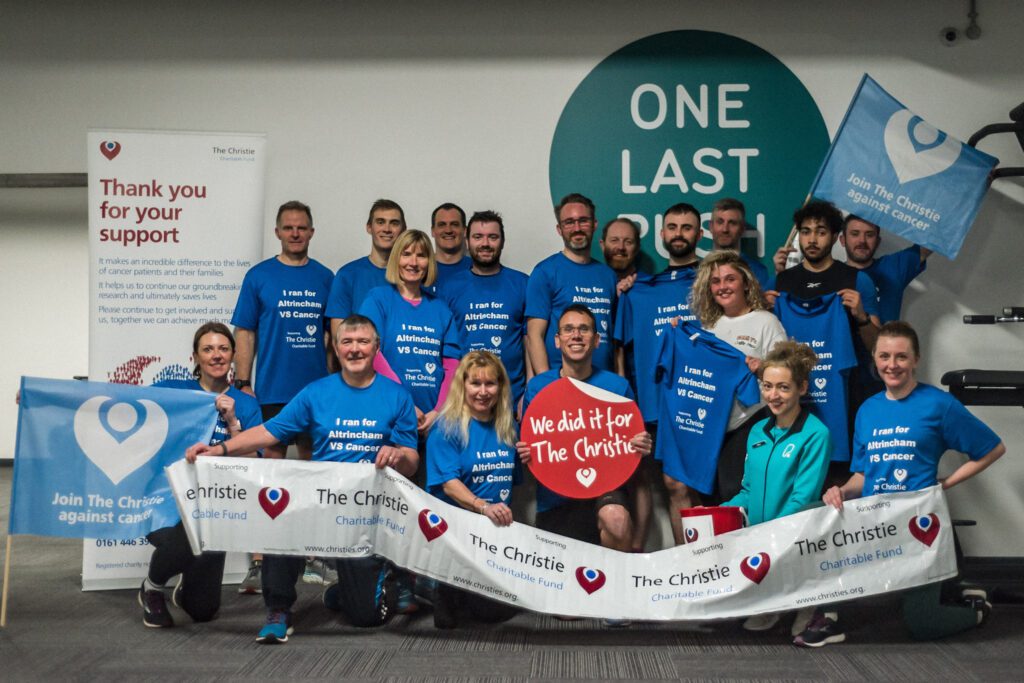 Altrincham Businesses and Community Groups came together again to fundraise for the Christie and raised a fantastic £6,570.70

“I set up Altrincham VS Cancer in 2014 in memory of my best friends parents who sadly both passed away from Cancer.

I needed to do something as you feel pretty helpless when you see your best friend go through so much pain.

It was heart-breaking and the event for myself personally will always be in memory of Mark Winstanley and the Winstanley’s.

Every runner has a story like this where they’re running in memory of someone they lost.

The Christie treats 60,000 people in Greater Manchester each year and chances are someone in your household or your neighbours household will have been treated by The Christie. 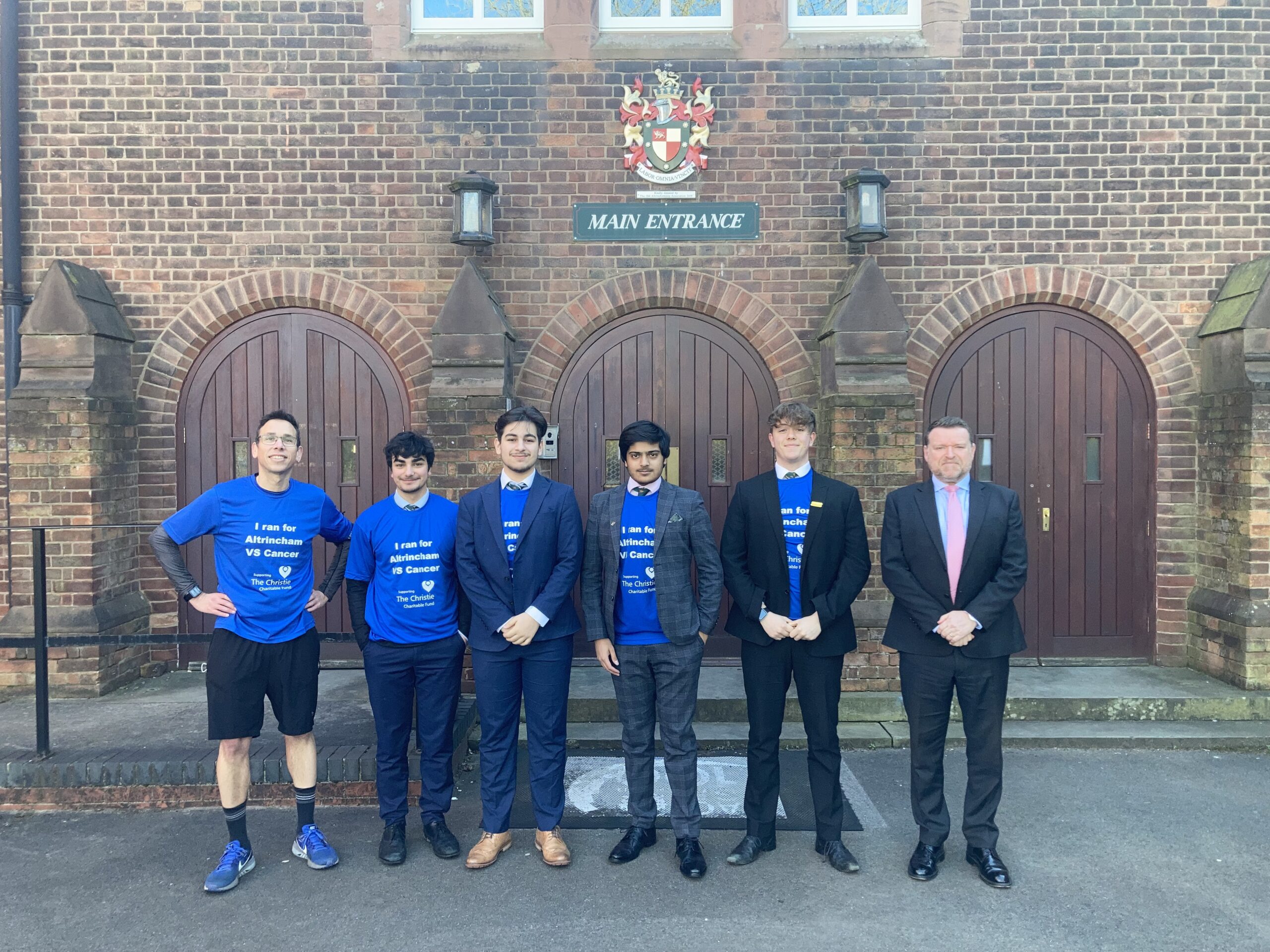 This year saw a new arm to the fundraising where Altrincham Grammar School for Boys took on the challenge of fundraising for Altrincham VS Cancer in February.

One of the Presidents of the Medicine Society at Altrincham Grammar School for Boys, Haidar Jafar says

“Some of the most striking statistics are related to cancer. 1 in 2 of us will be affected in some way or another, whether it is a friend or family member or even ourselves; cancer is a journey a lot of us will be a part of. So when we wanted to have an initiative for our campaign, it really was about fundraising for for a greater cause, one which requires efforts from all of us in the hope that one day we will find a way of reducing or overcoming what is one of the most common causes of death worldwide. But what really motivated us the most was that funds have already shown that we can make progress, from better and easier access to screening to the development of life saving drugs to combats cancer- millions of lives have been saved. Cancer research has fuelled this progress, with even more promising breakthrough on the horizon, but this can only happen with a steady stream of funding through fundraising from campaigns like Altrincham VS Cancer and the participation of all of us in such campaigns. ”

“Altrincham VS Cancer has always been an important event. Now that I was finally a part of the sixth form, I was excited to help out and lead the event. We are all aware of the numerous passings each year, due to cancer. However, before research and talks from Tony Collier, I wasn’t aware of how drugs existed in the UK that could treat cancer, immediately. The development of drugs often isn’t the problem – it’s the distribution. Donations and money raised can help people immediately get the drugs they need to survive. We often allude to the idea that cancer requires huge funding to treat or cure – although this is sometimes true, even saving one person can bring so much benefit: someone’s father, mother, sister, brother or friend can be so significant. The event was a huge success and I’m very thankful to everyone who helped organise and run it, as well as all the students, teachers and parents who donated throughout the week. The money we raised will be used to save lives now and in the future. ”

‘Cancer is like a storm, not only is it part of nature, but it’s also life changing for many. However, many say it isn’t about waiting for the storm to pass; it’s about learning to dance in the rain. Here at the Altrincham Grammar School Medicine Society, we are all about making an impact to our local and greater community for the better. So, as we heard about the Altrincham Vs Cancer campaign, we quickly jumped to act and contribute largely towards the cause; raising over £2,500 to be invested into research and treatments, to not only help current generations suffering from this disease, but to also help future generations like us. It was a pleasure working with the team to raise awareness and funds for such a worthwhile and purposeful cause and I’m looking forward to seeing what great things Altrincham Vs Cancer get up to soon!

“Raising funds for charity is part AGSB’s DNA. I am so proud of Haider, Yaser, Taiyyib and Sammy. They have taken this project on with selflessness, determination and great professionalism.”

Next year will be the 10th Altrincham VS Cancer event and organise Alex McCann has a big target in mind.

“10 Years Of Altrincham VS Cancer is a big landmark and we really want to raise £10,000 next year.

Each year we’ve raised more and more and this is a big leap but I have a belief that the whole Altrincham Community can come together to make this happen.

The business community have always backed us and we’ve seen this year how Altrincham Grammar School for Boys have helped us.

If you’re a school or an organisation that supports young people – please do get in touch on alex@altrinchamhq.co.uk

Young people are the future and I have a lot of faith that they can truly support Altrincham VS Cancer in the future.

I’d love for every school in Altrincham to be supporting Altrincham VS Cancer and fundraising for The Christie in 2023.”