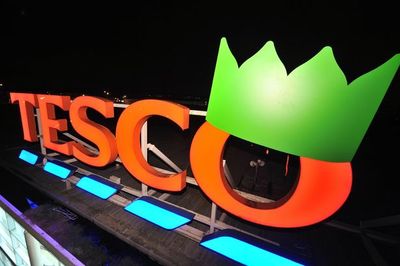 How Tesco’s Altrincham Turned Around A Bad Customer Service Experience

Chances if you’re a regular Altrincham HQ Blog reader, you’d have read our “The Worst Customer Service Experience I Have Ever Had In 34 Years… at Tesco Altrincham” – it is one of our most read blogs on our website this year as when we tweeted about it, the twitter reach was 22,000 users

Following the blog being posted on the Saturday morning, Tesco’s twitter account @uktesco tweeted me to ask for a contact number so the store manager could talk to me personally about the incident

I went into store the next day to chat with the store manager Simon Jones and had an indepth conversation about the incident. Sincerity and honesty in business are huge deciding factors for myself in deciding where I shop and my overall feelings from the conversation with the manager was that he was genuinely shocked at the incident and really did want to make the situation better and come to a resolution. It’s worth noting as well that he did like to chat to all customers who don’t have a satisfactory level of customer service, not just influential tweeters, and this was backed up on the online presence where customers with small numbers of tweeters were being responded to as well as the big players

Towards the end of the meeting we chatted about how it could be resolved as Simon was keen to establish links with the local community and improve relations locally. I talked about how I was raising money for the Christie as part of the MUFC Foundation Santa Run and sent the justgiving link via email the next day

YESTERDAY THE WOW FACTOR KICKED IN……. AN EMAIL DROPPED IN MY INBOX WITH THE MINDBLOWING SUM OF £250 (with an extra £62.50 via gift aid as well) DONATED TO MY CHARITY FUND

That readers is how you turn things around.

The Christie is an important charity to me as close friends have been affected, so wherever possible whenever doing Charity collections I like to collect for the Christie. When I mentioned the charity link to Tesco’s I really didn’t have a figure in mind, but I know I really didn’t expect anywhere near a £250 donation, which is a huge amount to helping a great charity. A friend of mine summed it up best with “Decent of them – they can afford it but they still didn’t have to do it”

Just as the original bad customer service experience was tweeted about, the good turnaround will be equally as viral. Social Media is word of mouth amplified and gestures that appeal to people’s emotional needs and go out of the way really do make a huge impact.

For anybody reading the blog and wants to support The Christie the charity link is here http://www.justgiving.com/alex-mccann1