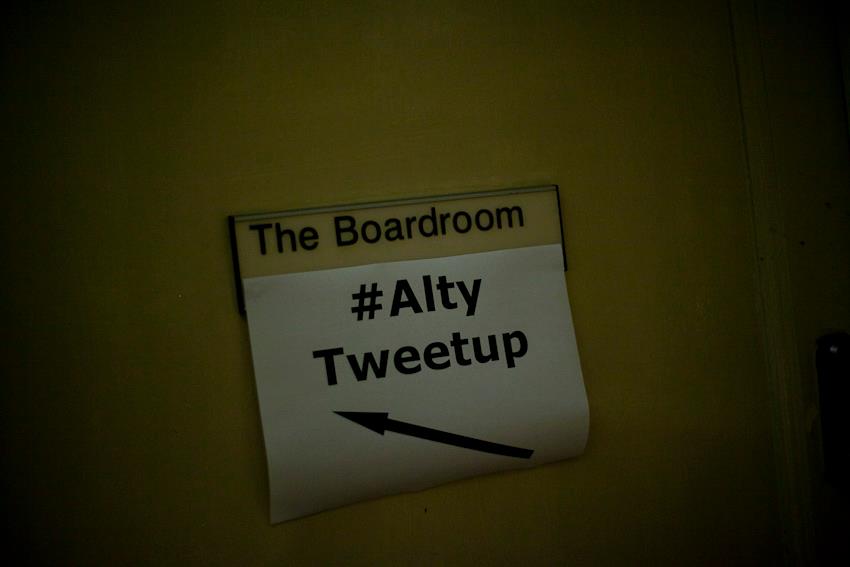 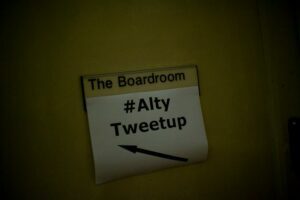 From the moment we walked into the #AltyTweetUp there was just a real synergy between what was a meeting of people who’d only chatted before on twitter to old Altrincham Friends. The traditional locals network with new media and this was even more apparent with the photo opportunity where attendees were snapped with a chalkboard sign with their twitter handle on

More important it highlighted the need to link your physical environment with your online activities and the day following the tweet up photos were placed on a gallery on the venues facebook and promoted via twitter. 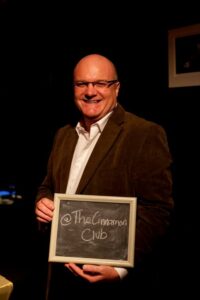 Explaining where the idea came from Neil Hughes said

“There were two reasons for holding a TweetUp. The first was simply to put names to faces, I was having so many conversations online about Altrincham and business, I actually wanted to meet people face to face. It exceeded my expectations; so many new people, so much positivity and people I would genuinely want to go and have a beer with. The second reason is more business-centric. Sometimes it is just difficult to explain how absolutely stunning this period venue is, one of the jewels in Trafford Council’s buildings. I wanted to entice some very busy people to see us at our best, entertaining with live music in the intimate Lounge, great food from Herb & Spice and finally a brilliant gig in the ballroom. Again, I think we achieved our aim. One of the most interesting aspects of the TweetUp chat on Twitter was also the number of people who couldn’t come, or who hadn’t been searching “Altrincham” and didn’t hear about the do until other guests tweeted, and were immediately asking if they could come to the next one. So I guess success breeds success.” 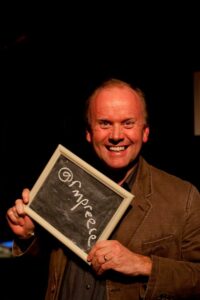 “Went to my first tweet up last night. I don’t think this would all be happening without @altrinchamhq encouraging local people to connect” 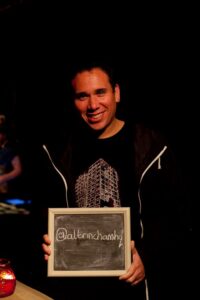 TIPS FOR LINKING UP YOUR SOCIAL MEDIA WITH PHYSICAL ENVIROMENT

1. Your customers are your biggest influencers – include them in your social media photos

2. Encourage customers to create their own images / photos – look at @pittacrepeuk for great examples of this

4. Include all Social Media links on office stationary / email signatures

5. If using traditional paid for media such as newspaper adverts include your social media address on – spell it out – don’t just but the twitter / facebook symbols

Follow @altrinchamhq for all things Altrincham and Social Media

And contact alex@altrinchamhq.co.uk if you want to develop your own linked up Social Media strategy