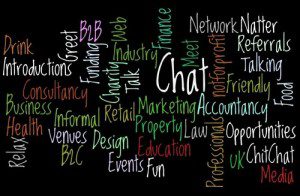 Business Introductions is ran by Marian Arnold, like ourselves a serial networker who has experienced the whole gamut of networking events and wanted to offer a different spin on them

So no breakfast meetings, no 40 second pitches, no stuffy venues

At odds from when I first started networking 18 months ago when the 40 seconds was the fearful thing to do, recently the 40 seconds has become a comfort blanket for something you can hold up your achievements to a room and showcase your skills

One thing that has always happened at networking and always will

There are those whose aim at a networking meeting is to meet as many new connections as possible, grab a business card off each person and move on as quickly as possible

For ourselves it’s always been much more productive to meet a handful of people and talk to them indepth about their business, their needs and their history

Why would you want shallow connections when you can build on something much more meaningful?

Hard Rock Cafe was a fantastic setting for a networking meeting. Many of the meetings I attend are at hotels or business centre’s which at times can be a little sterile.

Those regular readers know as well as social media i’m heavily involved in the music industry and live music events, but who’d have known a successful architect used to be a house DJ or a restaurant marketer used to run some of Manchester’s biggest student club nights. It’s unlikely I’d have found that out at a breakfast networking meeting and as people buy from people I warm towards those creative types

And finally in true networking style – if there are any connections you’d like to meet just ask – we know lots of business in Altrincham, Manchester and Cheshire – simply email us on alex@altrinchamhq.co.uk and add us on linkedin here http://uk.linkedin.com/in/amccann