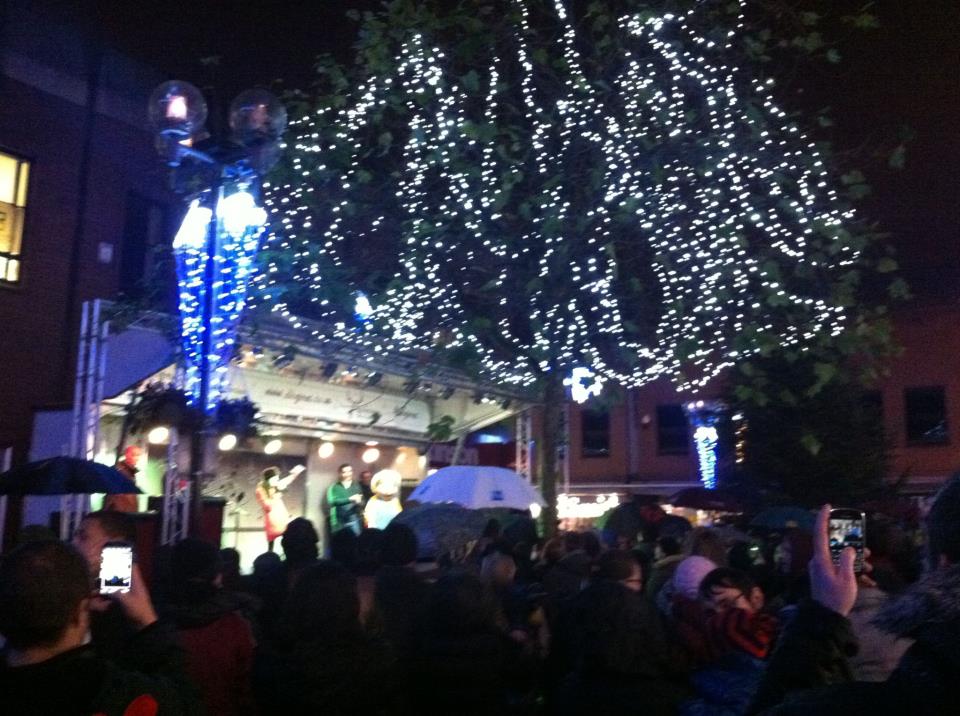 Altrincham HQ have been tweeting about Altrincham since Sept 2009, but Xmas 2012 is the first year we can really call it a very Merry Twitter Xmas

Altrincham Forward have put a program events ready for the Festive Season of which last Thursday night had our first big “celeb” Switch on with former MUFC star and football pundit Gary Neville. Altrincham hasn’t had a named switch on since the days of Ken Dodd and his tickling stick

What was as equally interesting was how the news spread

The official press release about Gary Neville being the special guest went out just over 24 hours before the actual switch on missing out on the print edition of the local newspapers. Local Sale & Altrincham Advertiser journalist Helen Johnson ( @helenj83men ) tweeted the news and it was the power of twitter which actually then broke the news out to the masses

Look at the stats below – makes for interesting reading