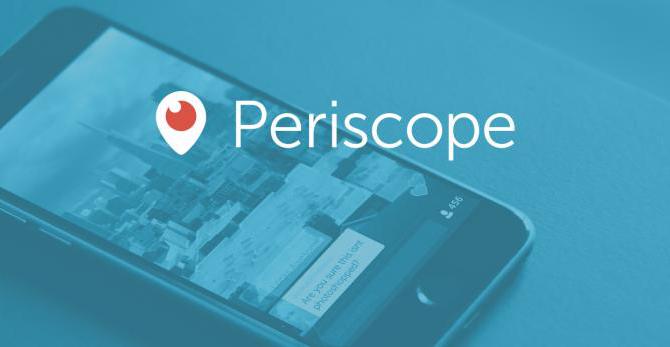 5 Ways To Use Periscope For Business 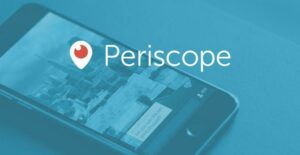 Periscope’s tagline is “Explore the world through someone else’s eyes” and Meerkat describes itself as “the easiest and most powerful way for spontaneous shared experiences”.

Since they came to public prominence in March this year, they’ve been involved in a VHS vs Betamax style war for mass adoption with Periscope owned by Twitter and Meerkat buddying up to Facebook.

Whilst it’s still super early days to declare an outright winner or a dominator in the live streaming market, all signs are pointing towards mass adoption of Periscope as the platform of choice.

The most recently released figures show there are 10 Million Users of Periscope …. and that’s in just a few months!!

* Live Streaming app directly from your Smart Phone
* Integrated into Twitter – so building a strong twitter audience is beneficial
* Heavily data intensive – so it’s best to stream or view from a good wifi connection rather than your data plan
* Highly interactive – anyone viewing live from their phone can type comments in whilst you are streaming
* Replays for 24 hours – which you can choose to keep or delete
* Global Audience – but can gain local reach via followers, hashtags and content 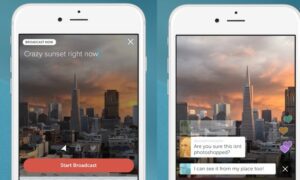 EDUCATION
On Periscope you have some of the great minds in business offering up advice and nuggets for free at the touch of a button, so even if you’re not ready to broadcast – download the app and watch business leaders streams!

Sure, you could access some of it via a LinkedIn pulse article or their own website, but the beauty about Periscope is the nuggets that come the human interactions in the comments section of the app

So think about what you can give out in the way of education to your audience.

Could you repurpose ideas from old blogs for Periscope? Could you give tips on how to deal with changes in your industry? Could you educate people on a breaking news story?

LIVE STREAMING EVENTS
Back in April, a few days after Periscope launched, at Sale Business Group I streamed the networking event live to introduce the businesses in the room to the wider public

We live in a world where there are so many networking events in one day that you simply can’t make them all, but those core members of your community can still be part of the action live on Periscope for those meetings they can’t attend
in person

sales), to live stream the event and to offer the service of a 24 hour replay for attendees after the event

Ultimately the reason for behind the scenes glimpses into a business is to humanise a business and because of the real time nature of periscope this is undiluted, real time and not staged

The likes of the Manchester Marathon, Altrincham French Festival and Altrincham Festival being just a few that I’ve been able to stream live to the world

What community events is your business taking part in that can you can stream live from? What is happening in your community that are you are part of? What are you doing that isn’t just straight down to business?