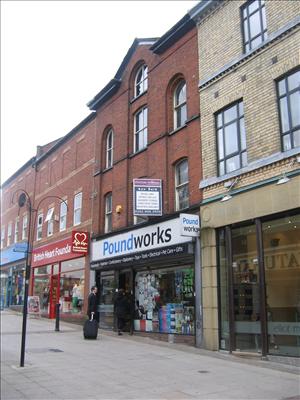 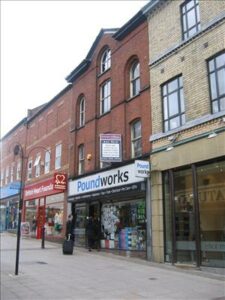 2013 – We start selling Our Unique Story / Businesses Start Collaborating & Creating Partnerships / Traditional Businesses Get More Social / That end of George Street is sorted out / Once Businesses Leave You Don’t Send People Out Of  Town or Online – read our ideas in full here https://www.altrinchamhq.co.uk/blog/5-things-id-like-to-see-happen-in-altrincham-in-2013/ 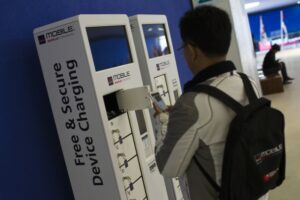 2014 – Remember Altrincham Is More Than Just The Confines of The Town Centre / Events, Events, Events and some more Events Please / Social Media is taken To The Next Level & Businesses Really Look at ROI (Return On Investment) / B2B and B2C Communities learn to work & support each other for the betterment of the community / We introduce Mobile Charging Points and become a more Tech Friendly Town – read our ideas in full here https://www.altrinchamhq.co.uk/blog/5-things-id-like-to-see-happen-in-altrincham-in-2014/ 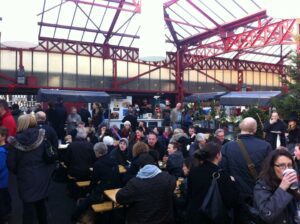 2015 – Mobile Phone Charging Points & Free Wifi Become The Norm Across Altrincham Town Centre / The Old McDonalds Building Comes Back Into Use / Local Businesses Get Better At Marketing / More New Business Offerings For Men in Altrincham / The Market Quarter Is Linked Up With Other Areas Of Altrincham – read our ideas in full here https://www.altrinchamhq.co.uk/blog/5-things-id-like-to-see-happen-in-altrincham-in-2015/

Some have happened, some are in progress, some are on the backburner just long enough for the council to present it as their own idea once time has passed 😉

Here are our ideas for this year 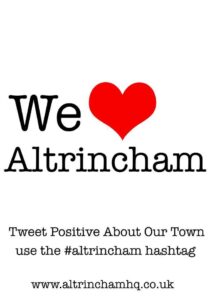 1. People Think About What They Share Online
Read these words slowly and then repeat – You Are What You Share Online

How many times have you been happy to talk online about a business closing … but never talk about the businesses you love in Altrincham?

How often do you share a local crime story … but don’t share when a local person wins an award / achieves something amazing ?

How many times have you visited a restaurant, but only left a (negative) TripAdvisor review on the 1 bad experience out of 15 you had?

How many times do you talk about lack of events in Altrincham – yet don’t share online when a community event happens?

How many times have you left a snarky comment on facebook about Altrincham being rubbish – which then discourages others from coming into town!

What percentage of your online output is bitching?

We’re not expecting people to bury their heads in the sand and ignore the negatives – just yesterday on NYE we tweeted about a business moving out of Altrincham town centre, but in the same day we shared and shouted about 10+ businesses doing  great things 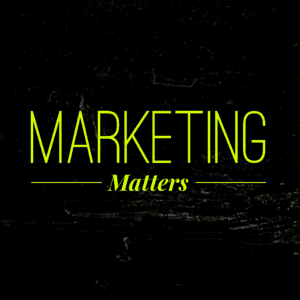 2. Altrincham Businesses Care Enough To Share
The Festive Period was summed up by local businesses not caring enough to market their business

If we’re asking the people of Altrincham to think about what they share online – we must ask businesses to have a marketing plan based on creating 1. Awareness and 2. A positive experience

In order to create a climate where People Think About What They Share Online, we must create a climate that local businesses care enough to market their business and therefore encourage people to shop local, eat local and drink local 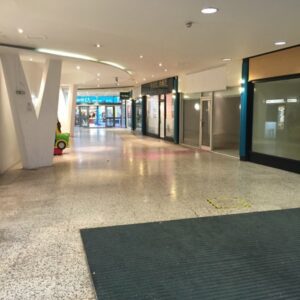 3. Grafton Mall Comes Back Into Usage
You might have seen our post in mid December about Nail Art / Kalpana Shah moving from Grafton Mall to the old Phillips Newsagent on George Street in January

Grafton Mall has always been an integral part of Altrincham from the days of the Red Balloon & Beaties, the music shops Omega Records and Music Zone, the cafes such as The Drop Inn and Rhode Island (the latter now on George Street). It  was a part of Altrincham that attracted everyone from young kids to pensioners

When we announced news of it’s impending 100% empty unit rate people told us of rumours of it turning into one big store ala Home Bargains. Other people suggested it should be a food court ala The Orient or Manchester Arndale food court 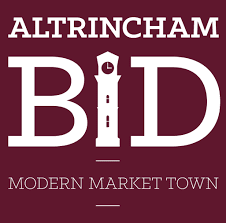 The 1st stage for the BID will appointing a BID Manager, the BID Board / Directors and the BID Advisory Groups before the official launch in April 2016

The key to the BIDs success is going to be getting a team together with real business acumen rather than, for want of a better phrase, well intentioned fools

It’s also important that the BID focuses on that key word: Improvement – the act of improving or the state of being improved – rather than become a replacement for things already done by Trafford Council / Altrincham Forward 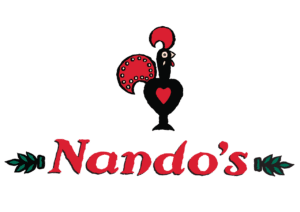 Over the years there have been constant requests from residents for international chains like Nandos and Primark as well as more independent shoes shops, mens shops – in fact anything apart from more coffee shops in the main

Want to chat to us about an effective marketing plan for your new business?